During the Edo period, there was a doctor who worked as a full time doctor for the emperor and daimyo. Even now, the descendants of the doctors in Kyoto sell Chinese medicine. I used to take Chinese herbal medicine only for stomach medicine.

Earlier, when my teacher, Hidesaburo Kagiyama, went to China to teach toiletr cleaning and returned to Japan, I received a letter saying that diarrhea would not stop for a month. Immediately after sending the Chinese herbal medicine here, I was informed that it had improved. When I hear that other people have a bad stomach, I was sending the same Chinese medicine as in the Edo period.

Since ancient times, Buddhism has promoted the teachings of Buddha and at the same time encouraged people to be useful through medicine and technology. As a result, monks who are familiar with medicine and medicine are also visiting Japan.

Jianzhen failed to travel from Tang to Japan five times, and although he lost his eyesight on the way, he came to Japan in 753 after struggling. Jianzhen is also a medical priest who is familiar with medicine, and although he was blind, he was able to distinguish every medicine with his nose and cure the illness of Emperor Shomu’s wife, Empress Komyō.

It is said that Empress Komyō also set up Hidenin and Seyakuin to collect herbs from all over the country for the accommodation of the poor and the treatment and treatment of the sick. This Hita-in is said to have continued from the Nara period to the Muromachi period.

It is said that mineral medicines and veterinary medicines were used relatively often during the Nara and Heian eras, and musk, bear bile, etc. imported from overseas via China from the existing medicines at Shosoin. Deer mushrooms (Rokuju), Calculus bovis (Goou), Kaigujin (Kaikujin), etc. were used as medicinal herbs. These are still prized as medicines even in modern times, and are blended in Kioumaru, Rokujinmaru, etc.

In this painting (mural), around May 611, Emperor Suiko (the person on the left who is awning the early summer sun) wore a costume of the color that represents the crown. This is a picture of a mural hunting (collecting herbs) in the hills of Yamato and Uda (Uda, now Nara and Uda City), led by Medicine hunting (herb collection). This is also recorded in “Nihon Shoki” and is said to be the first record of herb collection in Japan.

Japanese medicine officially adopted Chinese medicine in the Taiho Ritsuryo (701), especially after the introduction of “Honzokomoku” from China in the early Edo period. Honzogaku has developed.

There was also “Takagamine Yakuen” (Takagamine, Kita-ku) run by the Tokugawa Shogunate in Kyoto. They have just cultivated medicinal herbs to be presented to the shogun and the emperor. Now that it has become a residential area, the well of the Yakuen site has been removed, but I have visited the well site many times, but now we can’t see it. Such precious places have disappeared in Kyoto before I knew it. It is said that the drug treatment that has continued for thousands of years will become frequency therapy in the future. I don’t know the details of what it looks like, but it seems that organs such as the heart, liver, and stomach have their own frequencies, and those frequencies are disturbed to cause illness. I heard that the future treatment is to return to that frequency and normalize it. 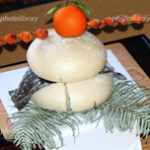