My mother-in-law’s name is Mary. Born in Washington, USA, I returned to Japan with the start of World War II. In Japanese kanji, it is written as Merry. Mary was bombed in Hiroshima 75 years ago. It seems that the plane of the US military fighter pilot of B29 has descended so that the face can be clearly seen. The atomic bomb dropped on August 6, 1945, at 8:15:17 am. Since it was set to explode after 43 seconds, it exploded at an altitude of 600 meters at 8:16.

Everyone knows the tragic situation. One month later, on September 12, a typhoon occurred near the Mariana Islands, and on September 17, the maximum wind speed in Hiroshima city was 32 m/s and the maximum instantaneous wind speed was 45.3 m/s, which caused enormous damage. Atomic bombs and typhoons, human and natural disasters. They survived Makurazaki typhon, fire, and water disasters and achieved a miraculous revival.

Immediately after the atomic bombing, American soldiers who were taken prisoners were exposed to the city of Hiroshima. He was laid  on a hot stone, and was exposed by the anger of a passing citizen.

As a fellow American born in the United States, she wanted to help him, and went to the prisoners of war every night to fill the bottle with water and want to give him a drink, but there are a lot of people around him , so It seems that she could not give him water.

after few days the crowd was gone, so when she approached to give him some water, he seemed to have already died. She was sad and sad and cried and prayed to God of his death. It is a war that destroys the balance of the human spirit, or the normality of anomalies.

Two atomic bombs were dropped on Japan. In fact, another one was dropped, but it was an unexploded bomb, and they were instructed to carry it to the Soviet Embassy. I saw that written instructions, too. The anger of the Japanese seems to have reached a peak.

When I heard this episode, I always thought that humans would break. It breaks in an instant. There is culture because for human beings are human. We have anounced these since the founding of Kyo Suzume,  History tells us that, humans become barbaric when they lose their compass.

In that sense, I would like to convey that the backbone of Kyoto culture has the love and kindness that was cultivated during the rise and fall.

In the summer of the end of 1945, Japan became a test site for uranium and plutonium atomic bombs in Hiroshima and Nagasaki. In addition, Kyoto is included in the 10 candidate sites nationwide, and if the end of war was delayed more than one week, it would probably have been a site of atomic bombing. In August, the month of the end of the war, I want to understand Japan and the world 75 years ago, think about the world and Japan in the future, and use it in my life. 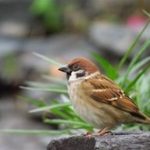 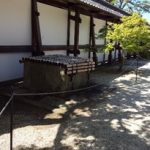 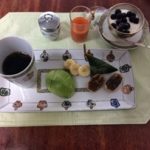