Akemi Nakamura president of the food industry, such as reform of working methods of MITI, the food industry at the Ministry of Agriculture and Fisheries, Nikkei Woman of the Year award, etc., attracted attention not only to the attention food industry. It had been attracted attention from various industries.
Especially we receive pre-ordered tickets in advance, it is familiar system that we can enter without waiting, steak don and meat sushi may become staple of Kyoto cuisine, it is extremely popular. The concept of a meal restaurant is a concept that breaks common sense of the industry that closes when selling hundred meals. Also, by limiting it to a hundred meals in a system that makes people happy, waste of ingredients has also disappeared. I wonder if the local industry has received some stimulus.
Women who can choose working hours, women in parenting, women after retirement, people who want to use time for hobbies have also constructed a system that is easy to work with. It is said that we want to create a new mechanism in the future.
In the first place President Nakamura has entered the food industry, it seems that the steak don bowl that her husband made at her home dinner was motivated. she called this steak rice bowl “Saigomeshi” and entered the food industry with “Saigomeshi” which we eat before we die. Since it is offered at the same domestic cattle as Michelin-certified shops with quality and reasonable price according to low-temperature ripening method, it is natural that popularity will come out. 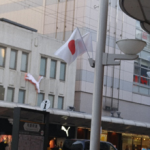