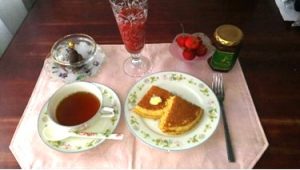 Freshly picked cherries have arrived from a cherry farmer in Yamagata prefecture. They were harvested, refrigerated immediately, and delivered by courier in the refrigerator. The secret of deliciousness is the temperature of storage. It seems that the taste changes just by changing the temperature once.

As soon as I put it in my mouth, the scent of cherries spread all over my mouth, and the sweetness spread.

It’s the first time I’ve ever eaten such a delicious cherry.

For breakfast on a day when it became hot suddenly and I had no appetite, I baked a cake with rice flour and had cherries. I was happy from the morning after eating delicious cherries.

I have been shown the best wine storage in Japan. This reminds me of a bottle with a finger pointing at a bottle that costs 10 million yen. As you all know, it is 13 to 15 degrees all year round.

日There are four seasons in Japan, and the temperature difference is large depending on the season, so we want to identify the properties of each food and pursue the deliciousness of each food at home.

The end of document, 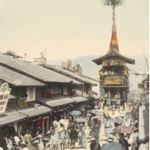