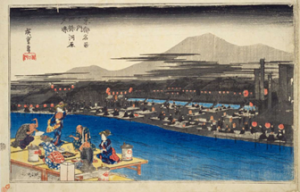 About Pontocho and Miyagawacho, east and west of Kamogawa

Hanamachi are often located near shrines, temples, harbors, or a main road where people gather, but in Kyoto it is different. It is said that one of the roots of Kyoto’s geisha district is a woman who was excellent in singing and dancing music who served Hideyoshi Toyotomi’s lawful wife, One. Kyoto’s geisha quarters are a place where people wear kimonos that are supported by traditional first-class techniques such as Nishijin and Yuzen, and inherit the tradition with the spirit of “hospitality” against the background of sophisticated first-class culture.

Kennin-ji Temple on the south side of Shijo-dori Street was opened 1000 years ago, and an urban area has been formed to surround this precinct. The area written as Miyagawa or Miyagawa is believed to have been a banks of the river in the early Edo period, but it is a sacred place where portable shrines are washed during the Gion Festival, and teahouses are lined up here, and embankment work was carried out in 1671. was completed, after which the townscape of Miyagawa-cho was completed, and in 1751, teahouses were permitted to open.

After the Battle of Sekigahara, theaters lined the banks of the Kamogawa River, and teahouses were established for those who came to see the play. In Kabuki, the word ‘Otowaya’ was the name of a teahouse in Miyagawa-cho at the time, and the name came from the fact that Kabuki actors used to stay here.

In the Edo period, Pontocho, which had a thriving shipping industry, was granted a license to operate a restaurant in 1712, and it is said that inns and teahouses lined the streets.

At that time, there were more as lodges than teahouses, and women appeared to take care of the guests.

In the 10th year of Bunka (1813), permission to handle geisha was obtained and it became a geisha district.

The riverbed of the Kamo River is called “Yuka”, but Kibune calls it “Kawadoko” and “Toko”. In Kibune, which is called Kyoto’s inner parlor, the “god of water” is enshrined at Kifune Shrine, and it is now called “Kawadoko” in the same sense as “Tokonoma”.

The history of kawadoko in Kibune dates back to the Taisho period, when businessmen took a break in the river to cool off, and while they were washing their feet while sitting on a camp stool, they served tea and food. It is said to be the beginning.

Currently, it is a tatami room style with a camp stool on the river, and the mountain breeze and the powerful water of the Kibune River make it even cooler.

With the opening of the Eizan Electric Railway in 1930, the area has become bustling throughout the four seasons, making it easier for tourists to visit.

The wisdom and ingenuity of the people of Kyoto to cool down the hot and humid summer of the basin as much as possible has taken root in the Kamogawa and Kibunegawa rivers. When I walk along the Kamogawa River, I always remember the senryu poem, “Traveling to Kyoto wants to see the sunset over the Kamogawa River.” This is the prize-winning work of the 2nd love letter to Kyoto that Kyo-Suzume is publicly recruiting.

I am grateful that the Kamo River is surrounded by the mountains of the basin, and that it creates a landscape that is typical of Kyoto. 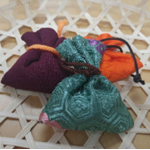 ～After Gozan Okuribi Extinguishing charcoal is a talisman and amulet～ 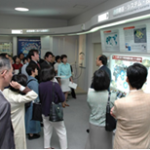 Two people who symbolize the times passed away 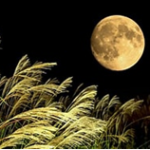 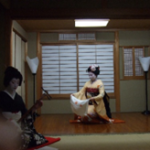 The history of Gion and the form of hospitality 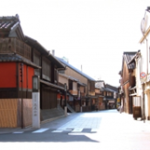