In ancient times, the place where people gather was a shrine. Rinsing your mouth and washing your hands when visiting a shrine has the meaning of purifying, but in the old days, you purify yourself in a nearby river before you visit. When the first major epidemic struck in Japan, the 10th Emperor Sujin (mid-3rd century-early 4th century, Kofun period) recommended that a shrine be built in the shrine to wash hands and rinse the mouth.
This is a Japanese custom that has been practiced since the days of Kojiki and Nihonshoki. It is recorded in the “Nihonshoki” that more than half of the population died in the era of the 10th Emperor Sujin due to a plague.
In the days of Emperor Sujin, the custom of using a Chozusha was widespread, so when visiting a shrine, we rinsed our mouth, washed our hands, and worshiped. We got into the habit of washing our hands before meals and after using the toilet. This is also a Japanese custom that has been going on for 2500 years.
This is the appearance of the Izanagi no Okami, who is described in “Kojiki,” performing ablutions, and the order of purification at the Chozusha is left hand → right hand (→ mouth) → left hand. The reason why the left side is first is that Amaterasu Omikami was born from the left eye of Izana Kinomikoto and its descendants are Emperor Jinmu.

Misogi was to perform their ablutions that they entered a river or fresh water with waring white clothes. Nowadays, wash your hands and rinse your mouth in the shrine on the shrine grounds. This is the thing that Emperor Sujin obliged to worshipers when visiting the shrine. This habit is connected to the current hand washing and gargling. You can still do hand water at the Isuzu River at the inner shrine of Ise Jingu.

When the plague was epidemic, the Emperor did not sleep and prayed to God and enshrined in the palace the Futabashira (two) gods of Amaterasu Omikami and Yamato no Okunitama, and the shrine that is said to have descended is Hiromoki was built. He said he continued to pray and cleanse the palace without taking a carnivore by bathing as he taught by God.

Before, when my daughter was studying abroad in France, she spent about 10 days with a French friend during New Year’s holidays. At that time, it was winter, but when she saw me (the writer) who washes her pajamas and cleans every day, I remember being worried, “Mom is all right? Isn’t she nervous?” In France, I was surprised by the difference in customs, such as cleaning the room about once a week. The custom of taking off shoes and going home is also unique to Japan.
I remember that I was surprised at the toilet paper scattered around in a café’s toilet in Paris.
French magazine “Le Poin” featured “Japan is an exception”. It featured praise for the disciplined national character and high sense of hygiene of Japanese people. It is natural in Japan, but is it the cleanest people in human history? American radio NPR is also a program that praises Japan, and the number of posts about falling in love with Japan exceeded 6,000 in a few days.
The word gargling first appeared in the literature as “Ugahi is to rinse it’s mouth” in the Japanese dictionary “Kagakushu” (1144, the first year Bun’an ). .. The roots of gargling are cormorants. Gargle is written as mouth rinsing.
The gargling was named because the cormorant tied the throat and spit it out using the traditional method of catching ayu and other river fish. By the way, in France there is no custom of gargling, but it is common to use a spray to clean the nose. Differences in national character and customs can be seen in such places. There seems to be no gargling custom across Europe.
It has been proved by prof. Takashi Kawamura of Kyoto University that gargling reduced the incidence of cold by 40%.

When Buddhism was introduced, toothpicks were introduced to Japan in the Nara era as Buddhist tools to maintain dental hygiene. It is said that the Neanderthals used toothpicks between their teeth 100,000 years ago left traces of the use of streaky toothpicks from tooth fossils. Buddha was (500 BC) Neem to his disciples. It is said that it was the roots of toothpicks and toothbrushes that it taught us to brush your teeth using the tree branch. In China, there was no such tree called Neem, so they used Yoryu. The branch of willow came to be called a toothpick. Does purifying themselves mean purifying the teeth and mouth that are the entrance to food? In the Edo period, there was a store called “Yojiya” that sells toothpicks and toothpicks used as toothbrushes. It seems that the toothpicks were made by chipping at the store using a tree called Kuromoji.

I am thankful for the excellence of Japanese customs in the recent situation, it makes me realize that what was taken naturally in Japan was rare in foreign countries. 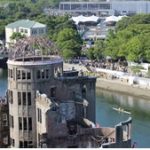 What is 4th July?

The history of hand washing and gargling lasts 2500 years

History of pestilence and efficacy of masks